A Project where the user and the system are able to play the game of Odd-Eve using Python.

It is a fun game to play to pass your time, the program allows the user to choose a number from 1 to 100, and then the machines choose a number from 1 to 100, if the sum of two numbers is even then the user gets the victory, if it's odd then the machine gets the win. After completion of a round, the machine asks the user if they want to continue or if they want to terminate, and then according to the user's choice, the program terminates or executes again. Used random module for its development. 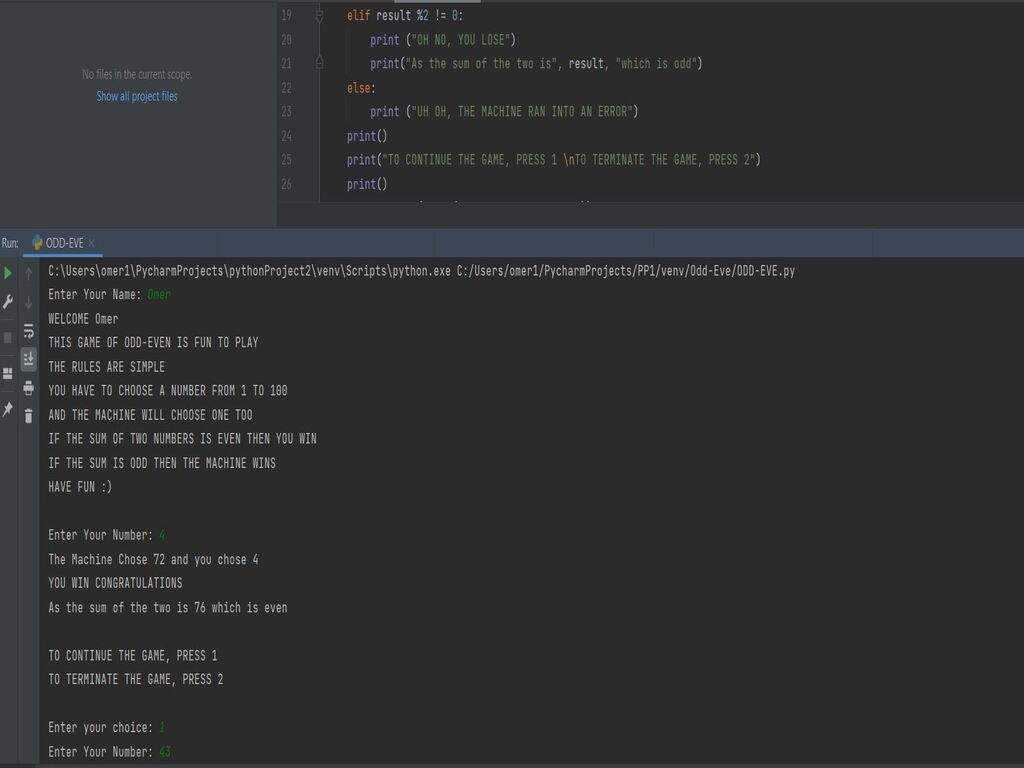