Ants are the most interesting insects. Their movement is as much interesting. Therefore the following project determines the movement as follows:

Primary Ant moves towards the food leaving markers from home to the destination(where food is present) so that other ants can follow as described in the following diagram. 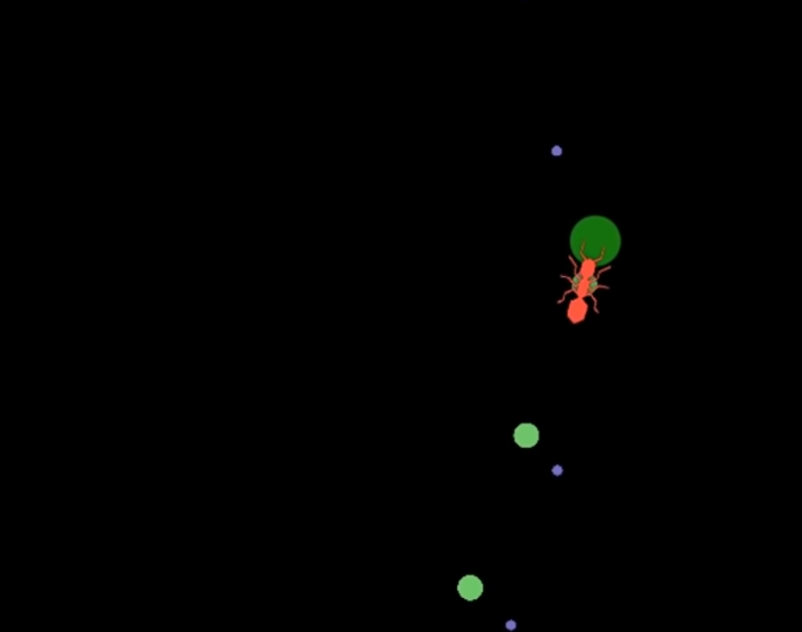 Now other ants from home will start collecting food and returning to home leaving the markers as it is. 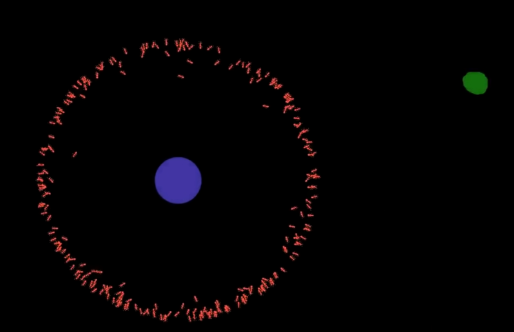 After a little while, we will observe that a large number of ants will be connected to the green area which is the destination area. 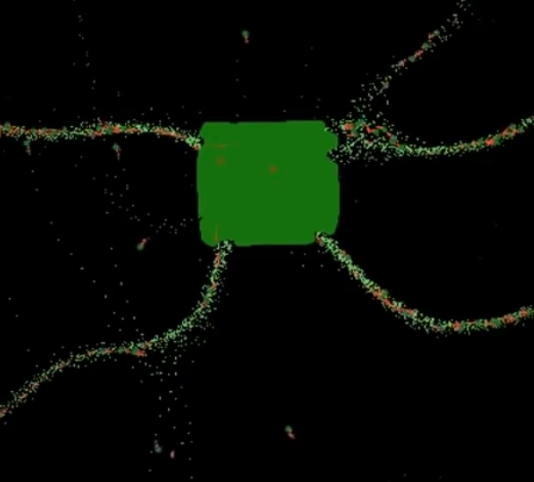 When the food will start finishing the ants will again start scattering as follows: 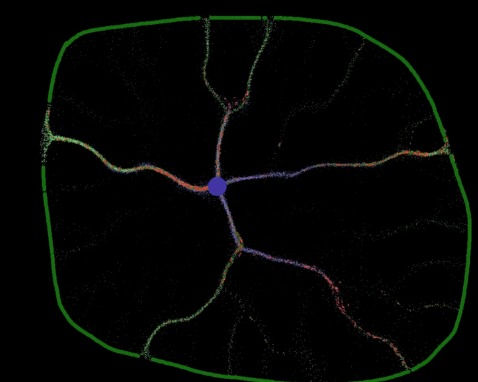 after  food is finally finished they all scatter: 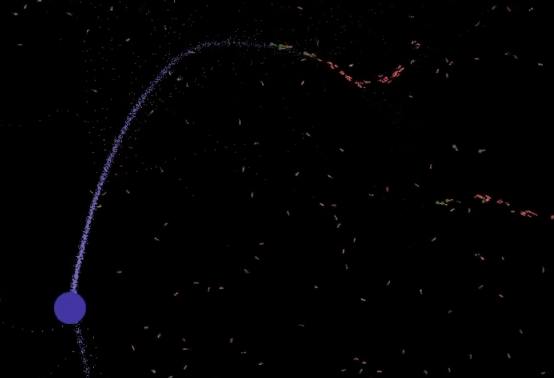