This is a regular blackjack game written using Java programming language. This a single player game where the user plays against the bot.

Input- int bet takes the betting amount as input. int choice takes the user's play choice(hit/double/stay) as input. int n is reused as an input in the later part to determine whether the user wants to keep on playing or exit the game.

The deck of cards is stored in an array. There is use of java.util.* and java.util.random packages in the program. Scanner class and random class are used to take input and generate random number in the program. Cards are pulled at random from the deck and removed simultaneously as the game. The game stops when the user has an empty purse or goes into debt; as well as the user can exit at the end of any round. 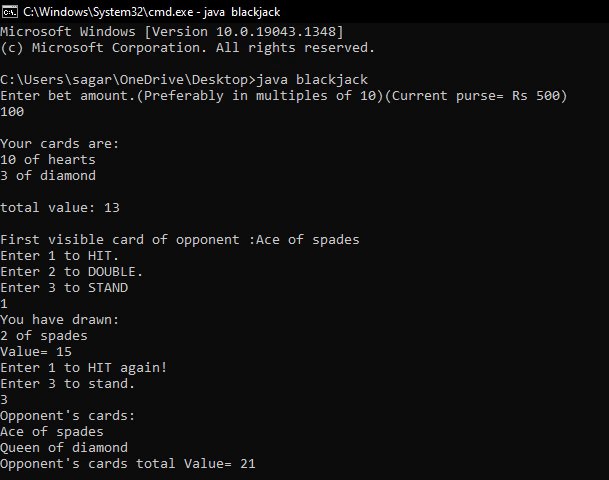 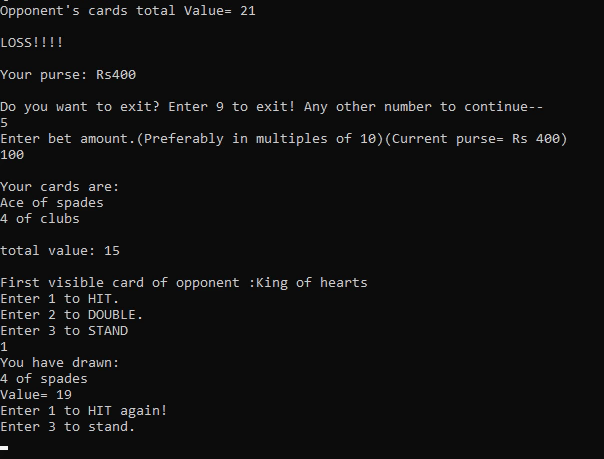 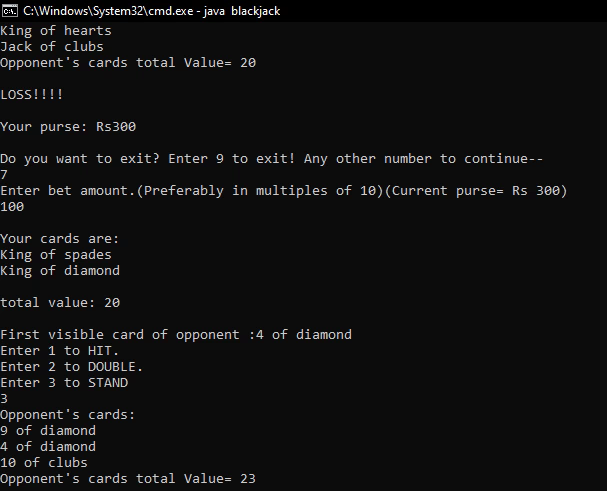 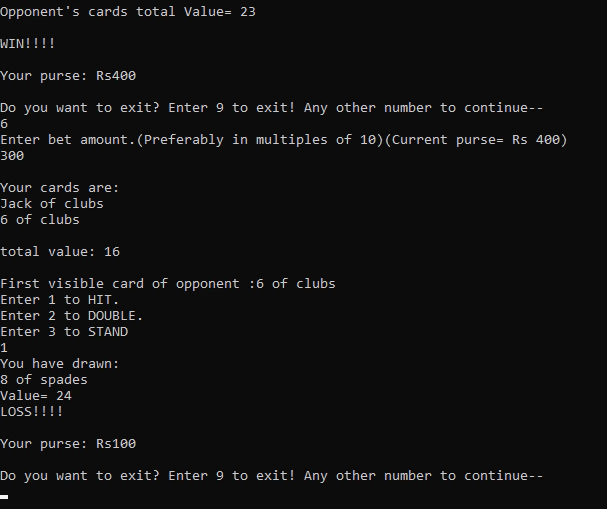 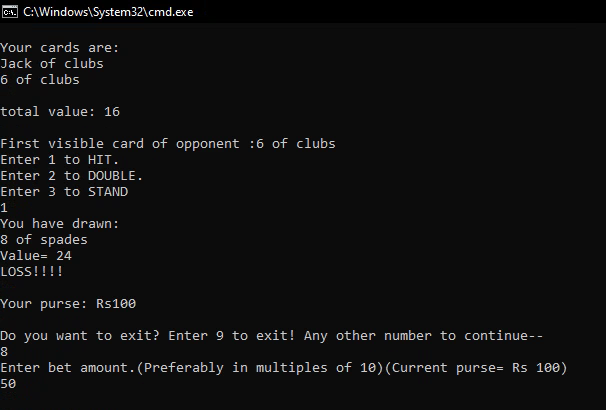 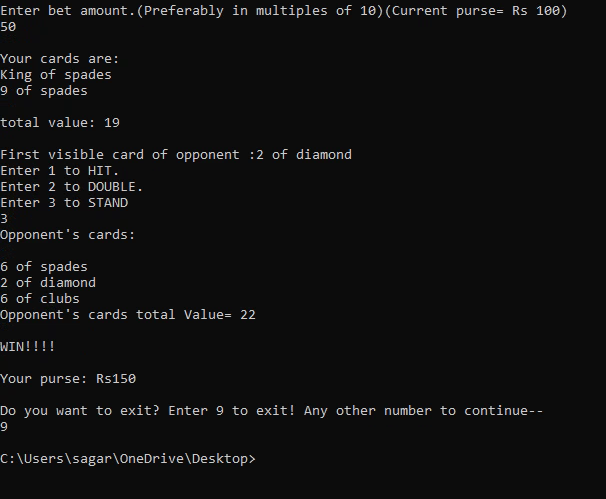