In this project, a calculator is developed with the help of Python. It is supposed to perform the three basic maths functions, i.e. addition, subtraction, and multiplication. The User is asked about the operation that they might want to perform, then the number of inputs is also determined according to the user's choice. Three Different Functions are created for the three basic operations. Break Statement is also used to terminate the program.

Loops Used in this program: 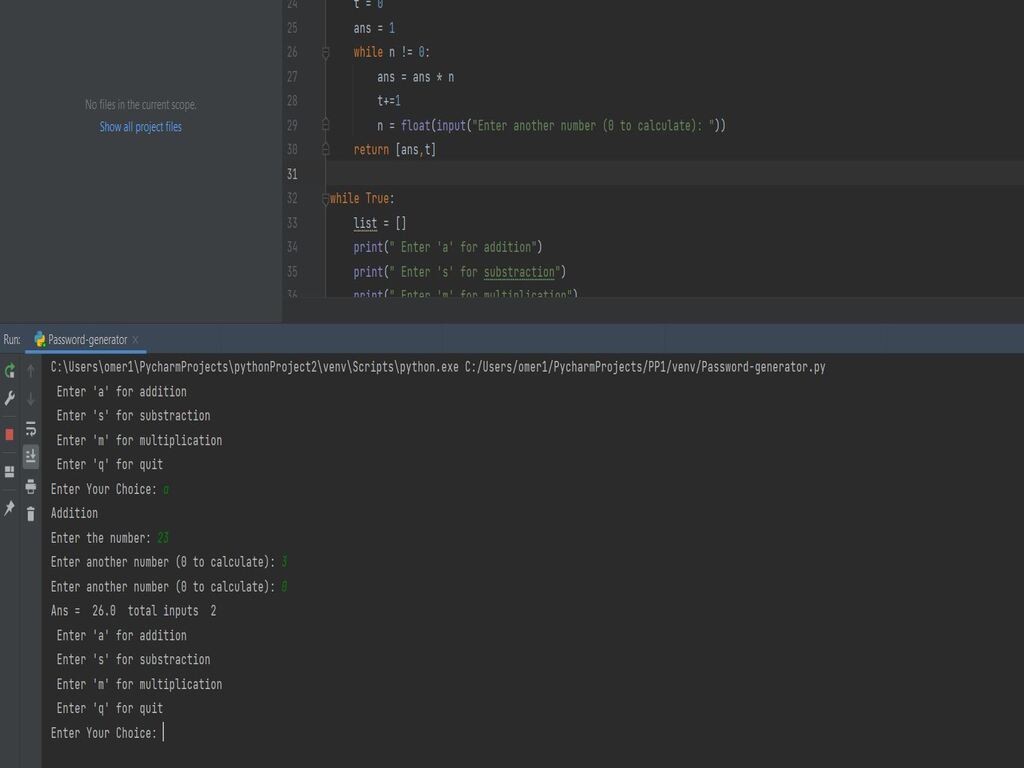