CBIR refers to the process of obtaining images that are relevant to query image from large collection of images based on their visual content.

CBIR refers to the process of obtaining images that are relevant to query image from large collection of images based on their visual content. Basically, we extract features of the query image using trained Convolutional Neural Network and then rank all the images from a large collection based on cosine similarity with the feature representation of these images. 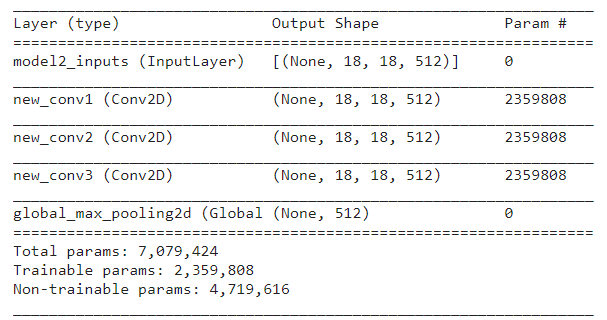 The secondary or the final features extracted from the second model is used for defining loss function ans training the model. Only the last layer of the second model is set to trainable. A random number say n is selected and for a certain image say ith image, n images from the training set except the ith image whose features are nearest to the feature of this ith image are taken. Now mean feature is calculated by taking mean of all the features of n selected images. Dot product is taken between the features of ith image and mean features of the n nearest images. Similarly, dot product is taken between the rest of the images and their n nearest images and finally the average of all these is used as loss function. Our goal is to maximise this loss function.

Loss function is defined as:-

The optimisation problem above is solved using gradient descent:

The update rule for vth iteration is given by: