This is a program for a text Cricket game in Java.

2.) The simple rule for the game is that, while bowling or batting, user inputs a no. and computer takes out a number.

3.) The computer-generated number uses Random class of Java (both player and Computer's number being between 1-6).

4.) If both the numbers are same then whoever is on the batting side, loses a wicket. We and Computer both have 3 wickets in total.

5.) The program also displays things like Current Run Rate, Required Run Rate, and implements wide/byes (in case the user takes out a no other than 1-6 while bowling).

6.) It uses Java Collection Framework for different purposes, like storing team names on the very simple end and for storing user's input while batting on a bit trickier end. The latter one useful when the user is trying to consecutively take out the same no., hence take a wicket.

8.) Also while batting if the user takes out a number other 1-6 it asks him to reface the ball. While bowling if user takes out a number other than 1-6 it adds run according to a randomized choice between wide and byes (JCF used for storing integers 1 (wide) and 4 (byes) and Random class used for choosing one among them, hence a randomized choice).

Overall, enjoyable as it helps you in thinking and predicting the psyche of the Computer/Random class! 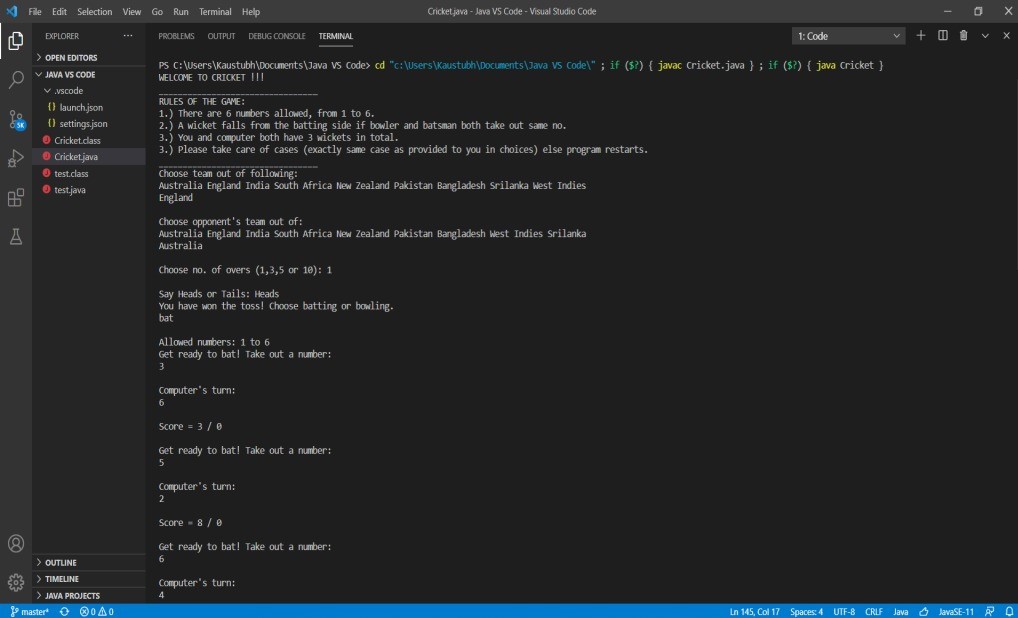