In this Java tutorial, we are going to develop a Cryptogram that converts Morse and Tap code to the English language & vice versa. This project uses some Java swing functionalities.

In this project, I made a basic converter that converts Morse and Tap code to the English language & vice versa.

Morse Code - is a method of transmitting text information as a series of on-off tones, lights, or clicks that can be directly understood by a skilled listener or observer without special equipment. It is named for Samuel F. B. Morse, an inventor of the telegraph. 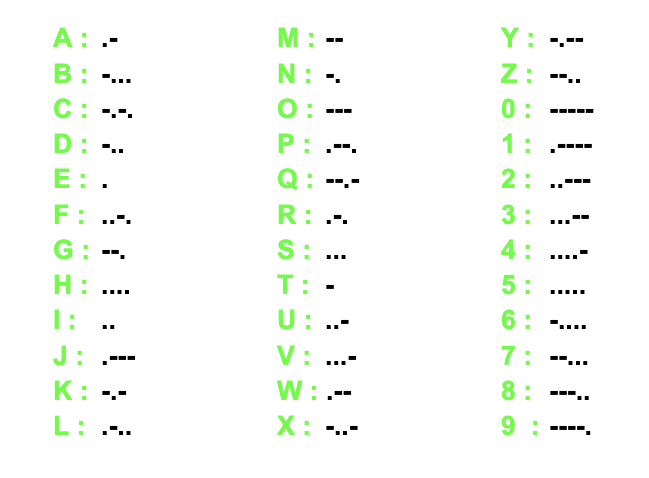 Tap Code - sometimes called the knock code, is a way to encode text messages on a letter-by-letter basis in a very simple way. The message is transmitted using a series of tap sounds, hence its name. 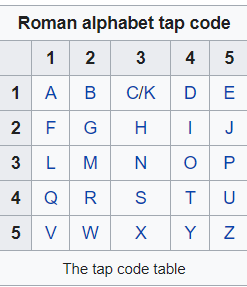 Basic functionalities used in this project are -

Landing Page for use cryptogram. 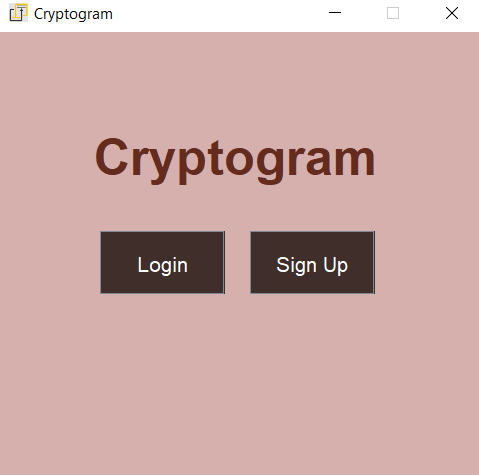 Registered users can log in to their accounts to use cryptogram. 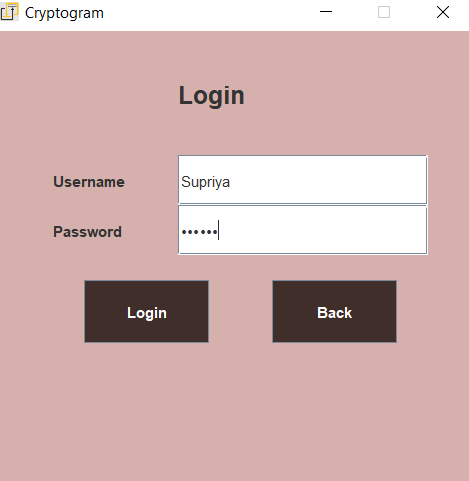 New users can register in this section and get their accounts created. 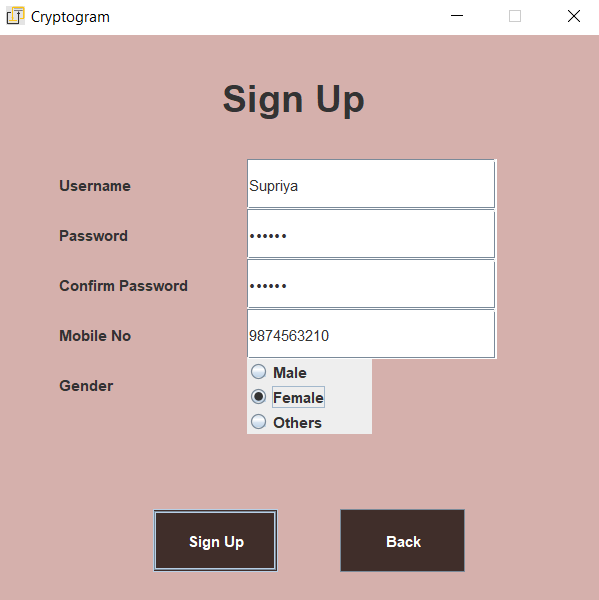 Users have to choose which conversion they want to take out. 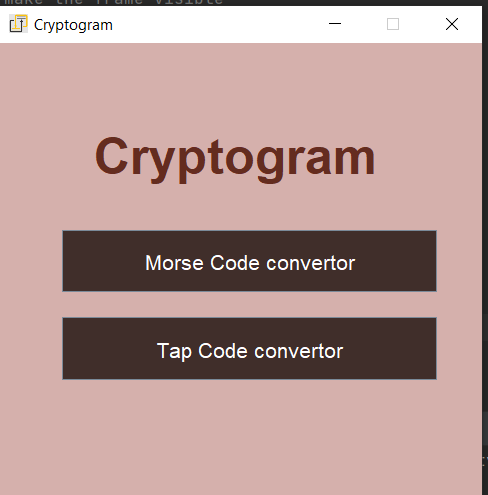 Users can convert Morse code to English & vice versa in this section. 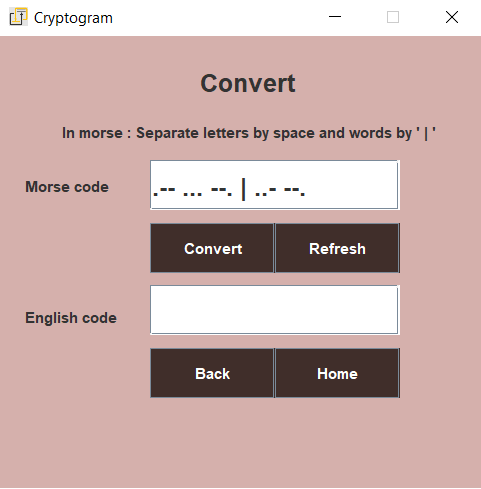 Users can convert Tap code to English & vice versa in this section. When converting English to Tap code, I have used sound to present the Tap code for the user. 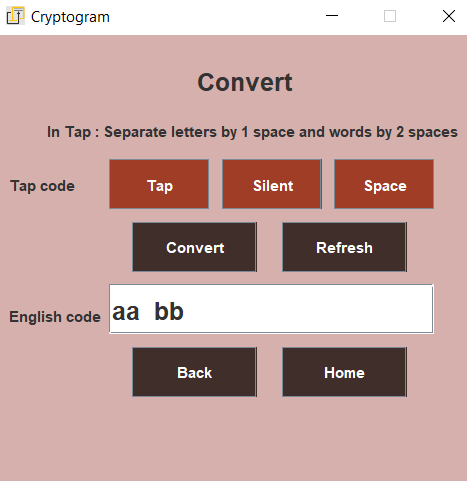