A Student Result Analysis Tool is designed using certain libraries of Python namely Numpy, Pandas, Tkinter, and, Matplotlib. It reads an excel file and displays the results of the analysis.

In this project, a Student Result Analysis Tool has been designed using Python. The program takes the path of an excel file containing marks of students in different subjects as input. It uses different Python libraries and data structures to perform the analysis. The overall structure of the project is given below. 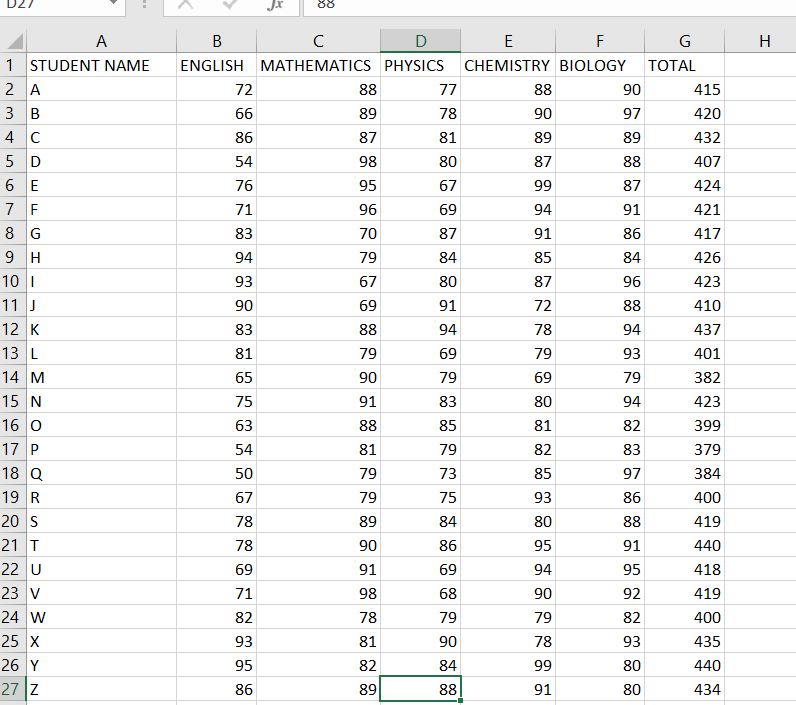 Importing the Modules: First of all, the required Python libraries are imported namely Numpy, Pandas, Tkinter, and Matplotlib. Tkinter is the GUI library used in Python. Numpy and Pandas are used for data analysis and calculations. Matplotlib is one of the Python libraries used for visualization in Python.

Creating the Tkinter Window: The window where the output will be shown is created. Using Figure and FigureCanvasTkAgg of the Matplotlib library, a figure is set on the window for showing the graph. Different Tkinter widgets are used to perform actions like taking the path of the excel file as input, showing the calculated values, etc.

Main Program: This portion contains the result analysis part where the file is read and different analysis parameters are calculated. Numpy and Pandas libraries have been used for this purpose. Python data structure Dictionary has also been used. A graph has been plotted between total marks and the number of students. The different parameters calculated are as follows:

1. Highest marks in total as well as in each subject, along with the names of the students who secured the same.

2. Average marks in total as well as in each subject.

3. Number of students who have secured above the pass marks.

4. Number of students who have secured above the average marks in total. 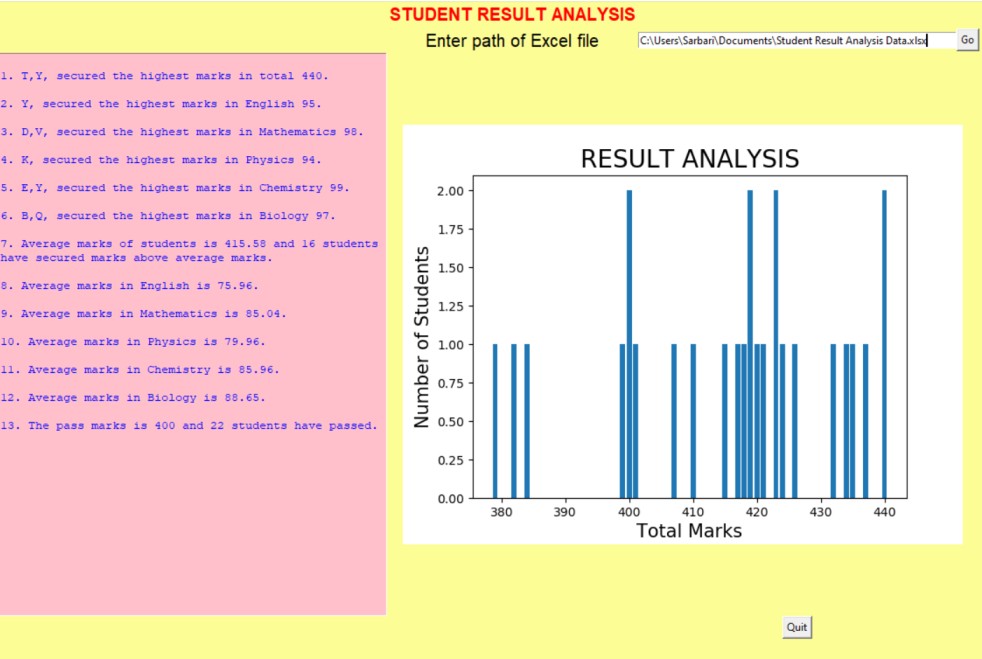