In this module, The main goal is to create a program that will simulate the roll of dice.

This is a code snippet that includes the concept of a module called "random module". Random module functions depend on a pseudo-random number which is used to create random outputs. None of the output is decided it only picks a random from the set of outputs. And it eventually consists of looping and also an if-else statement.

(Here is the code snippet to include) 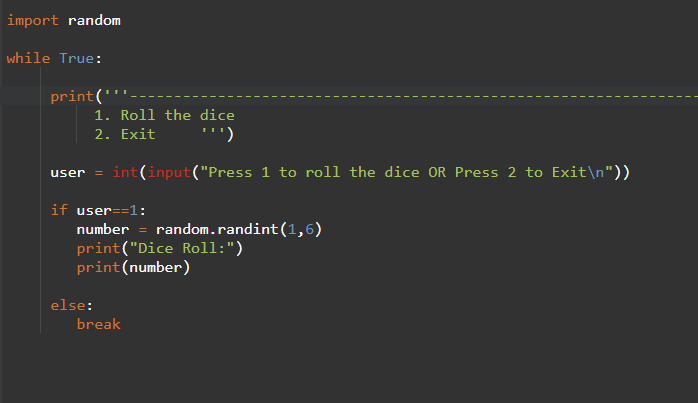 Whenever the program is executed, it provides 2 options-

1: The Dice is rolled and a random output is produced between the range of 1 to 6

2: The program terminates and exits from the console

(Here is the output screenshot that displays the functions)

As described in the output screenshot Press 1 allows the program that consists of the random module to generate a random number on the dice.

(Here is the output that stimulates Dice) 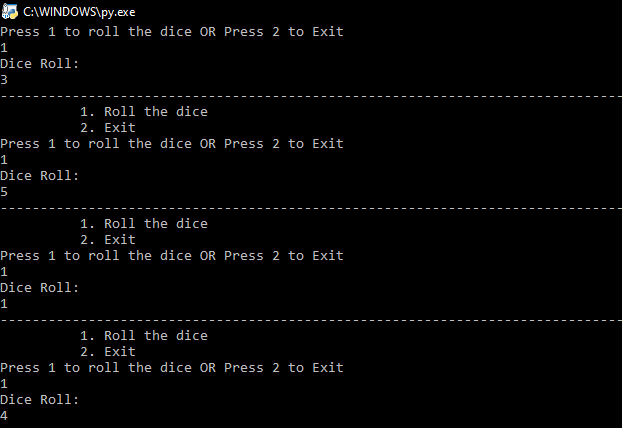 Every time, 1 is pressed a random number is generated, and 2 is pressed to Exit.