The Project is built in C++ using Atom Editor and MinGW Compiler. It randomly predicts a number between 1 and 6, hence it acts as dice and can be used to play games.

This Project is designed with an Attractive Front-End on the Console Itself. It can be used as a virtual dice on your pc to play board games or for any other activity that requires dice. It randomly generates a random number between 1 and 6(including both). It works with a predefined rand() function In C++.

The Dice Face Created are: 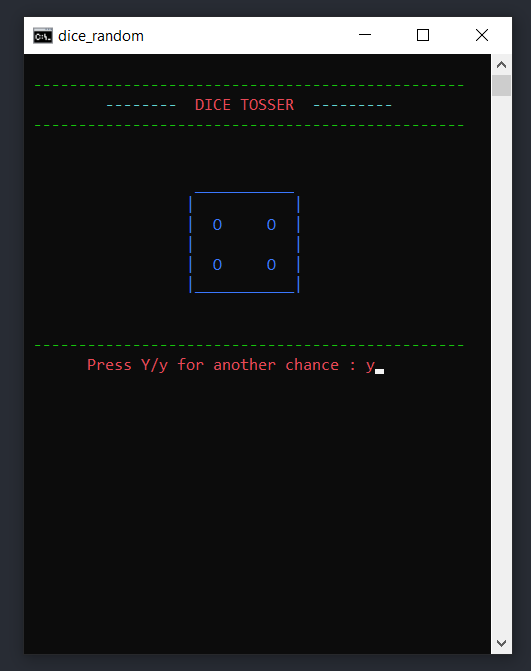