Elliptic Curve Cryptography, a public key cryptography system that makes use of private and public keys of receiver to encrypt a message, is used to create a secured messaging service in Python.

Using Python and NumPy library, i have created the Elliptic Curve Cryptography based encryption and decryption service that sends messages in a secured way. It can be used in numerous applications besides messaging.

The algorithm for Elliptic Curve Cryptography is :

where, a and b are constants

The code takes in values of n,a,b and d as inputs.

It generates the generator point G and public keys for the encryption.

It then takes in the message as input and encrypts it.

This is then decrypted at the receivers side back into the message. 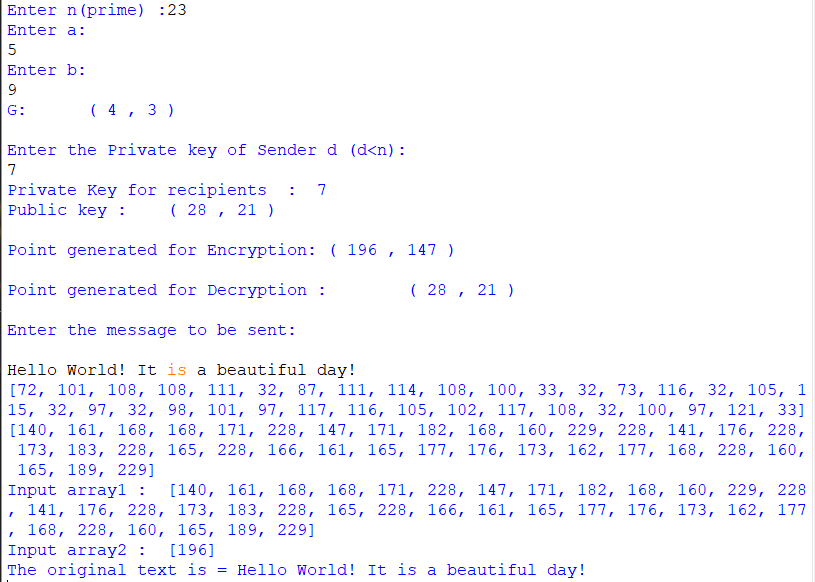