This small project implements the concept of encrypting user-entered text and decrypting it later using C++.

The project includes header files iostream (for standard input/output), conio.h (contains console input-output functions ), windows.h(contains declarations for all of the functions in the Windows API) and string.h(contains string functions).

A COORD structure that specifies the new cursor position, in characters within the console screen buffer is used.

The project has four user-defined functions which are as follows:

gotoxy(): setting the position of the cursor within the console by defining the coordinates of row and column of the character cell.

enc(): it takes user-entered character input text and its length and defining the pattern for encrypting the entered text.

dec(): it takes user-entered character input text and its length and defining the pattern for decrypting the entered text

EncDec(): base function dealing with text to encrypt and decrypt and calling the enc() and dec() as per need.

The home screen of the project: 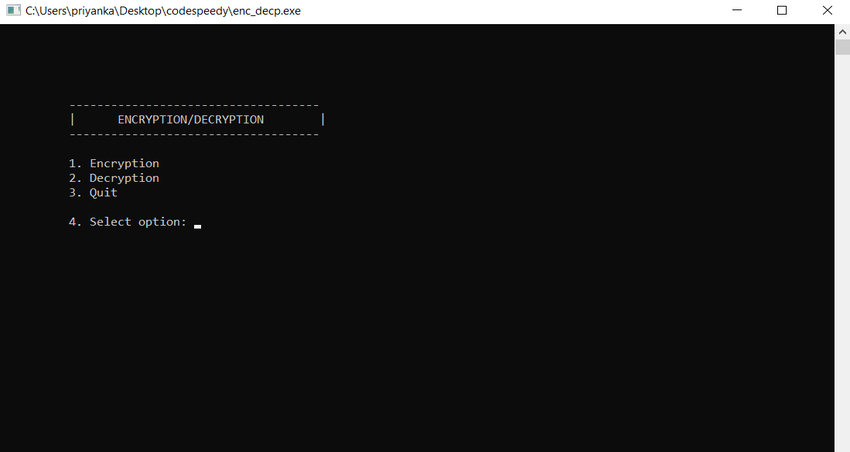 Encryption: The users enter the input text and get an encrypted text in returns. 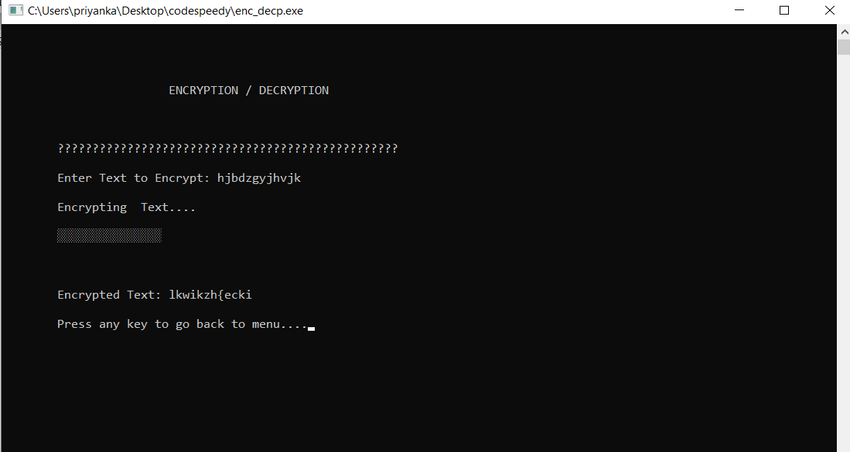 Decryption: If we enter the same encrypted text to decrypt, then it returns the original text which was encrypted earlier. 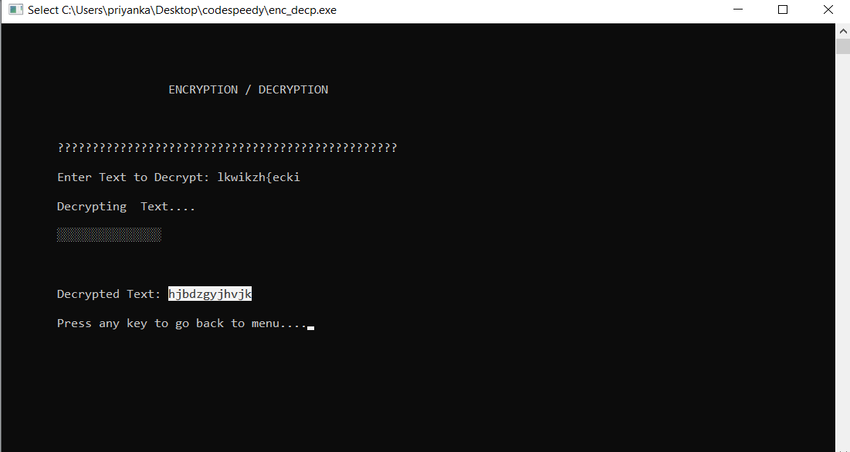