You can learn a foreign( French ) language enough so you can understand french movies/series.

Studying foreign is a lot easier than we think thanks to Flashcards.

In this tutorial, we will achieve it in Python Programming Language. 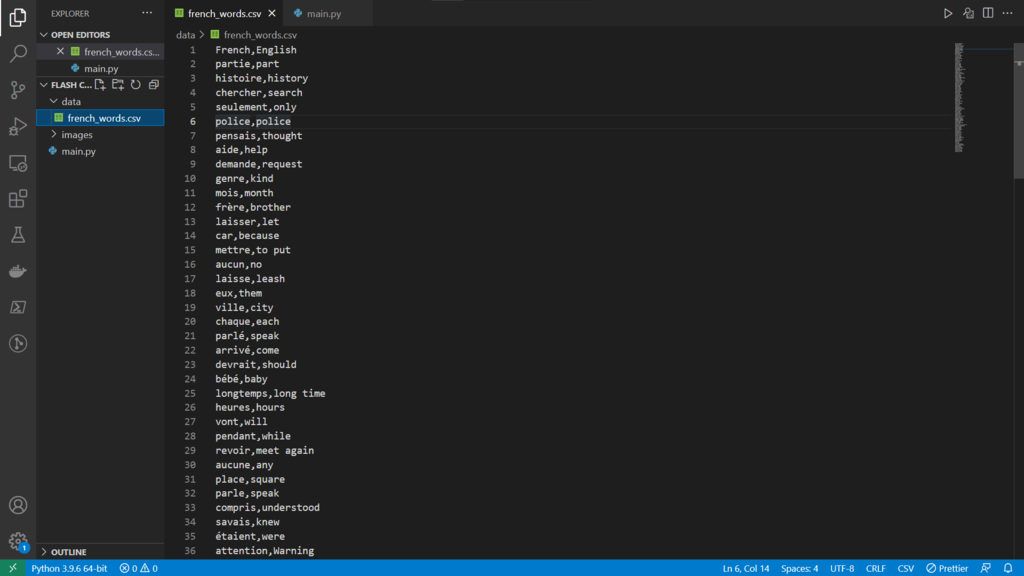 These are the top 100 french words used in french movies or series.

So that it can be actually useful to many of us.

We can make it in any foreign language we want learn and it is super effective. 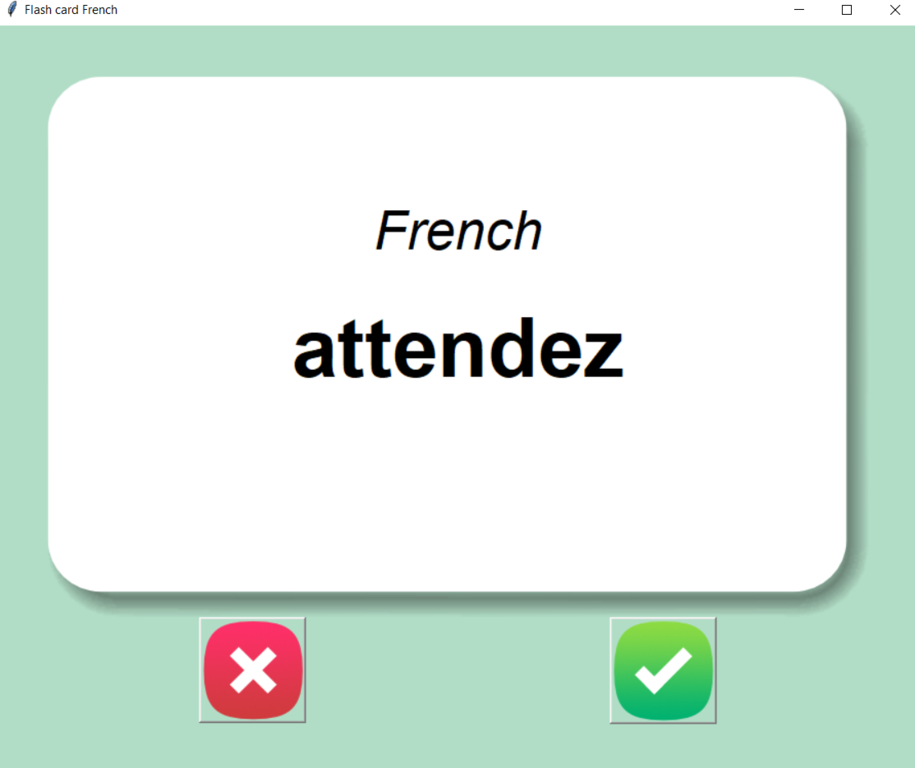 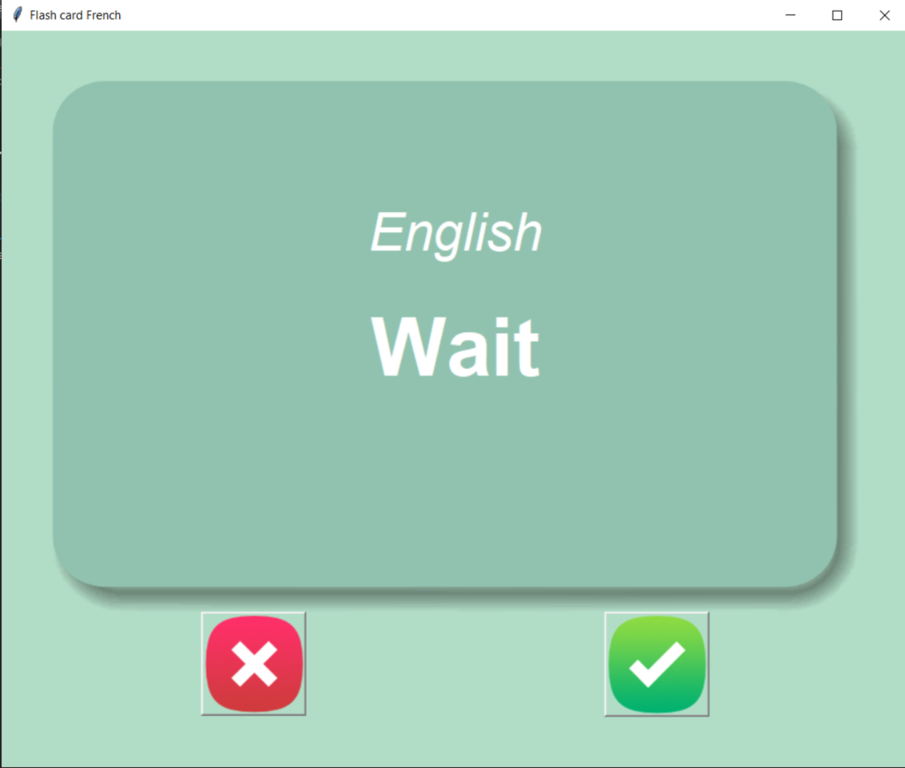 meaning of the word will appear on the flip side of the card as you can see above.

After pressing any of the available buttons new word will be written on the card.

-If you press the tick button for the very first time the program will create a new file called words_to_learn.csv which contains

and it will be removed and cannot be seen again.

-If you press the cross button then it means that you don't know that particular word and you will see it again in the future. 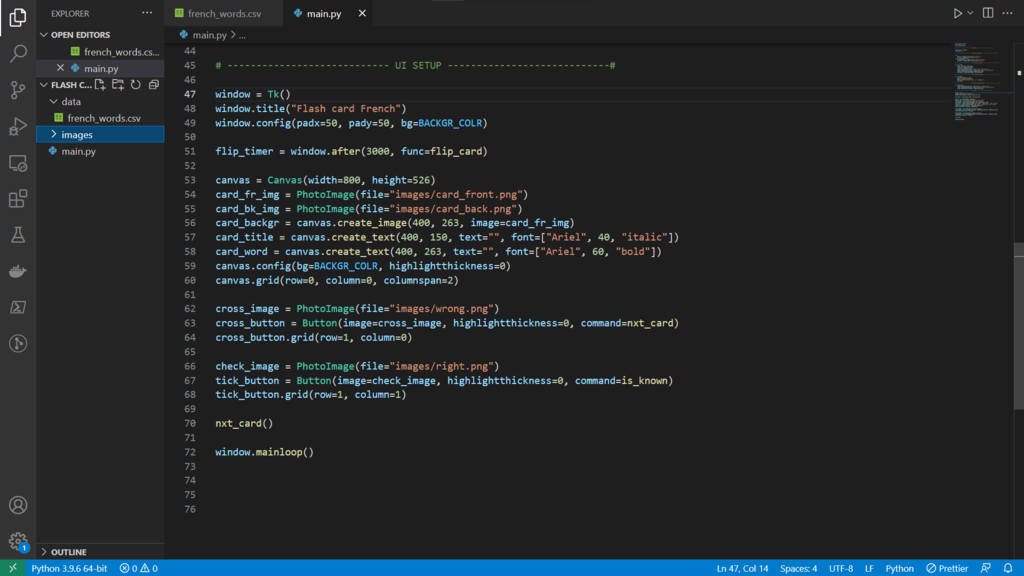 First, we create a window object and on that, we gonna place everything.

We use the grid system to place our objects on the window because it's less time-consuming.

Then we create a canvas object for the card, on that, we put the card image and text we want to show.

After that create two buttons and place them below canvas.