This project demonstrates how to build a scientific calculator with a graphical user interface, that can solve a mathematical expression involving trigonometric, logarithmic, factorial, exponential or arithmetic functions in Java. Java Swing has been used to provide the GUI components.

The layout of the calculator has been designed using JButtons to help the user select specific mathematical operations and JLabel to display the expression and the result. The mathematical expression entered by the user is stored in the topmost JLabel as a String, whereas the result is displayed on the 2nd JLabel.

How the equations are solved:-

The expression is scanned from left to right. If the element is an operand, it is pushed into the value stack. If it is an operator, then its precedence is compared to the operator on top of the stack.

This process is continued until the operator stack is empty, and the element remaining in the value stack is the final answer.

The final result is then displayed on the JLabel. 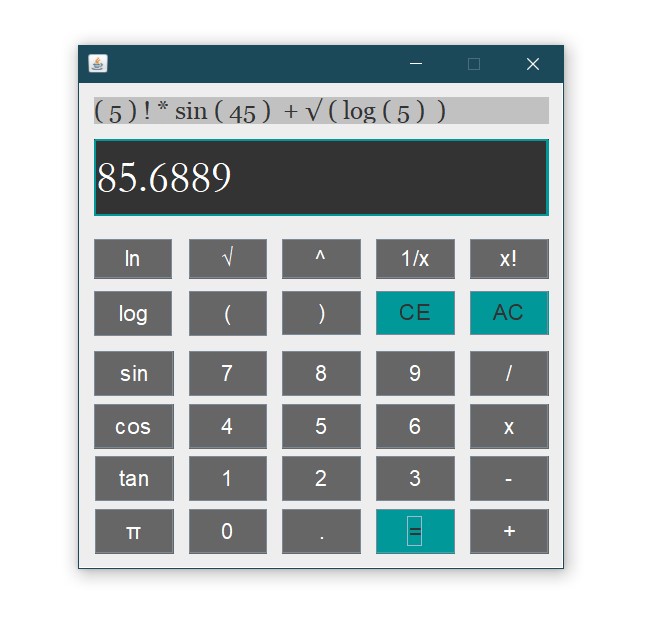