This project utilizes the scikit learn inbuilt library in python to predict the flavor of ice cream suitable for a person when their age and gender are given as input.

Kindly install jupyter notebook or if you are already familiar with using VS code add the jupyter plugin, as this is where we will be executing the code as interlinked snippets. Also install Pandas, Numpy, Scikit-Learn, and Matplotlib libraries into your python executer.

We will be executing the code individually as separate snippets which will work together to form the decision tree model for our prediction purpose.

Output for the implemented prediction model 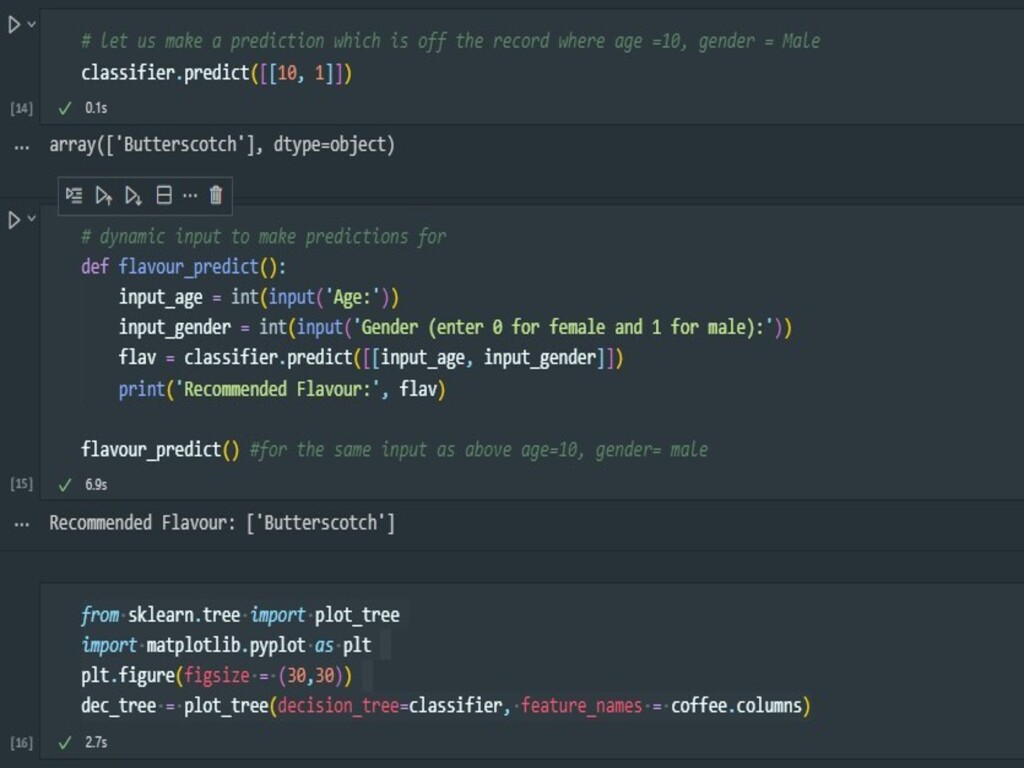 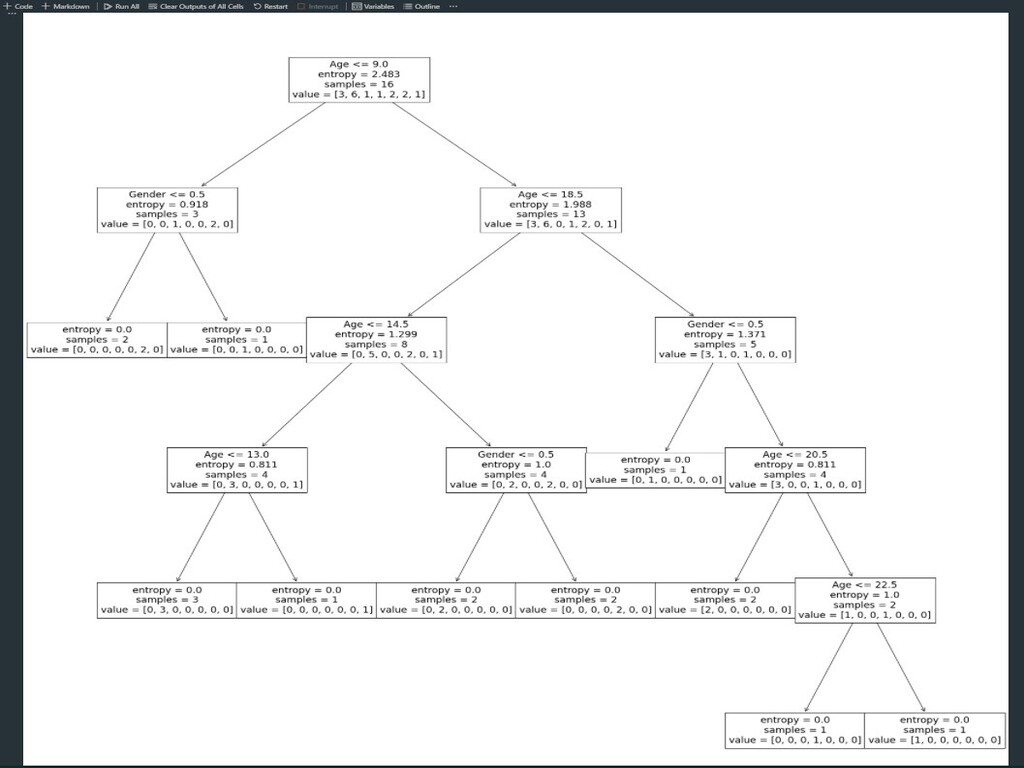