Image Encryption/Decryption is a desktop application to encrypt or decrypt an image using a pass key. This application is built in Java using Swing and Awt.

Image Encryption/Decryption is a desktop based application, built in Java using Swing and Awt.

This is very simple and easy project with efficient code attached with this.

Here are the glimpses of the project.

1) This is the original image to be encypted or decrypted chosen.

2.)Here, we have to enter a unique key to encrypt the image. 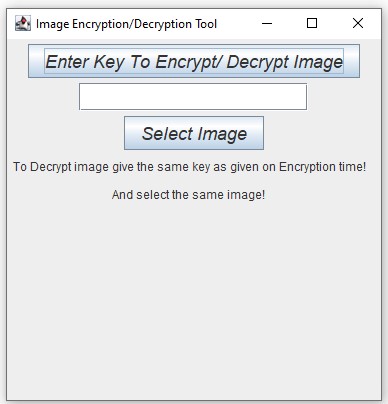 3) After that we have to click on Select Image button and dialog box will appear to select the image to be encrypted. 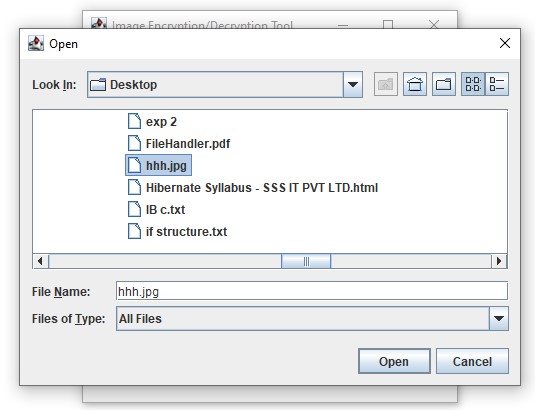 4.) Now, the image has been encrypted and we have to go to the path of the selected image to check. 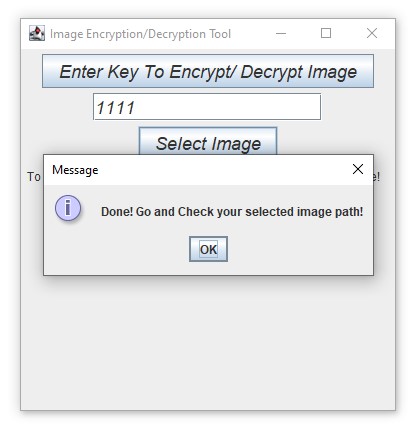 5) As, when we are trying to open the image it shows that file not support as because it is encrypted, so no one can view this now.

6) Now we have to follow the same procedure again to decrypt the image. First, we have to enter the same key as given on the encryption time and then we have to select the same image , after that we to check that image by going to its path.

By following above procedure, we can see that the image has been decrypted and we are able to see the original image again.