Jarvis is Python based voice assistant. which can perform so many task of user. like open notepad, command prompt, open google, send the email and open Searching on Wikipedia, etc.

Today we all know and aware of Google Assistant, Cortana, Siri and so many other virtual assistants which are created to do the jobs of users in iOS, Windows OS, Android platforms. So I also built the assistant which is also known as JARVIS. The main purpose of the project to perform the certain task of users. So for building this Jarvis I used Visual Studio Code editor and so many libraries of python.

it can do so many tasks like open cmd, open google, send an email, play the music, open youtube etc.

The Libraries are given below.

pyttsx3: pyttsx3 is a python library which is used to convert the text into speech. some alternative libraries, this library runs offline and it is fitted with both Python version 2 and 3. It invokes the pyttsx3.init() function to refer a pyttsx3. it is a very easy-to-use library that converts the entered text into speech. pyttsx3 library holds two voices first one is male and the second one is male which is given by “sapi5” for windows, nsss for NSSpeechSynthesizer on Mac OS X, and espeak for eSpeak on each other operating system

and others. for installation user use pip install Speech_recognition command

OS: Os library provides to interaction with the Operating system by the user can interact with the system and can access so many flies and modules. for installation user use pip install OS,

Date-time: Date and Time Python library provide many classes to deal with data and time. And date and time is objects in python.

Random: Random library is used to make some random variable and it is also to perform same random task.

Open cv (cv2): Open cv library is used to do computer vision tasks it is also used for image reading and for opening the camera. We can use this library in our project by writing ‘import cv2’ command.

Webbrowser: Web-Browser libaray provide the high level interface to get web based documents by this I opened the youtube, google, whatsapp and facebook.

Pywhatkit: This python library is used to send the message by whatsapp.it have so many helpful fetures.

Smtplib: This python library is enable the smtp session object by which user can send the mail from any internet devices.

Sys: This python library gives so many functions and variables that are used to manage various components of the Python Runtime Environment.

Speech to text converter(Take-command function): This function take command from the user. 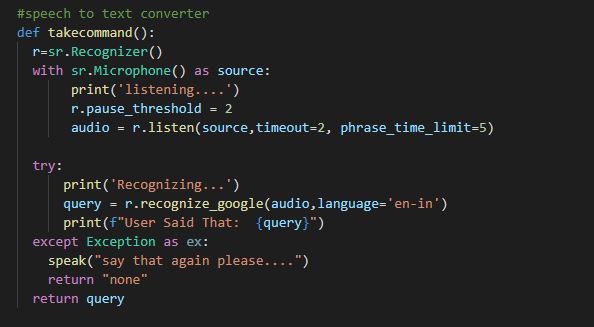 Wish Function: this function will with the user and It will speak the good morning, good afternoon, good evening and good night. 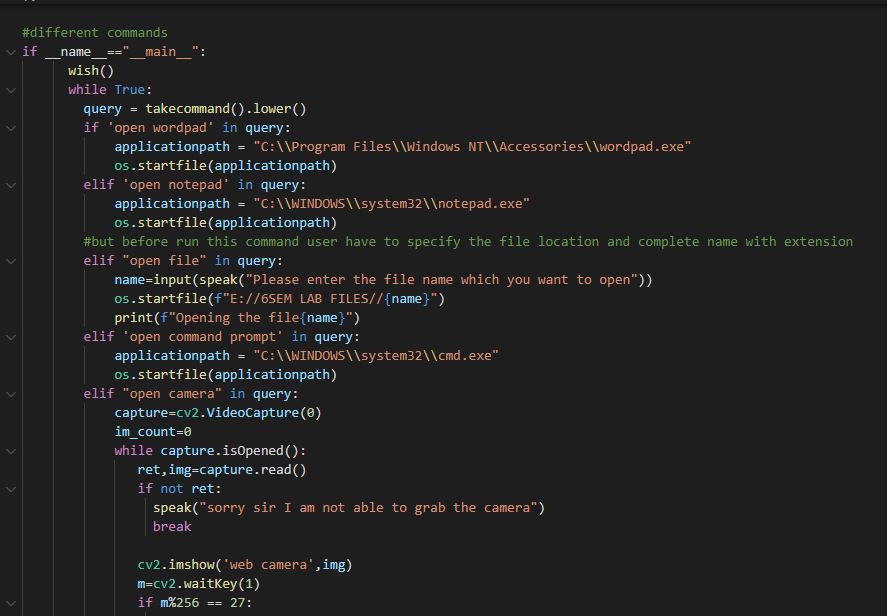 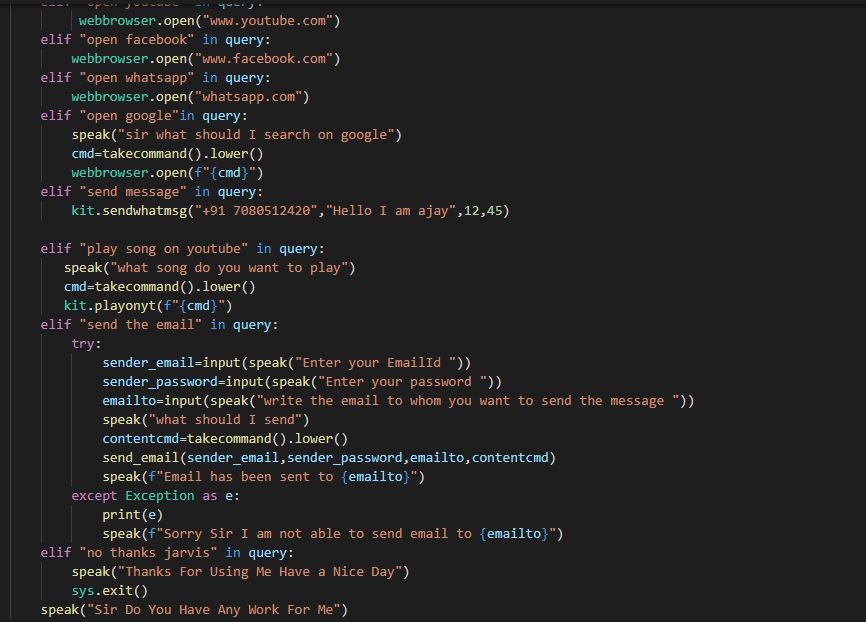 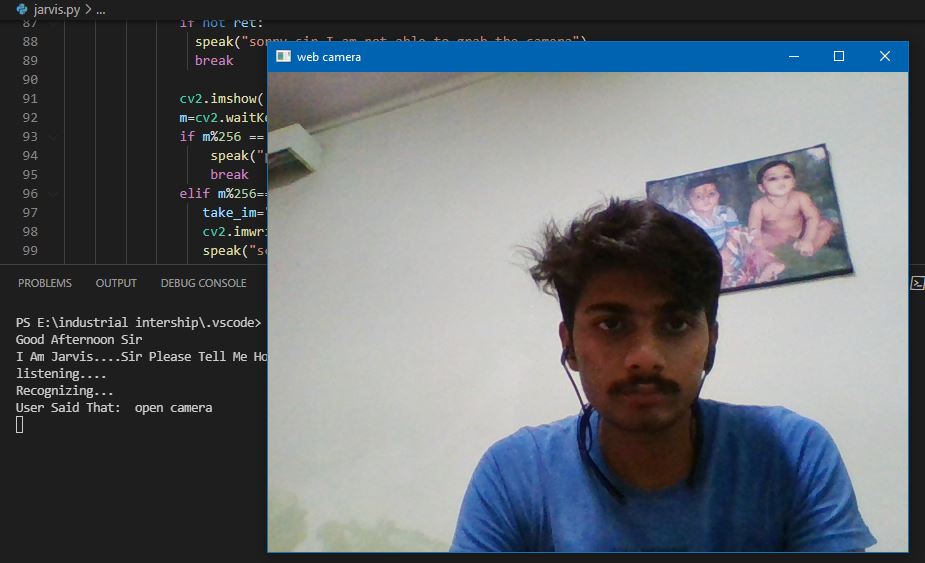 Saving the images in folder: 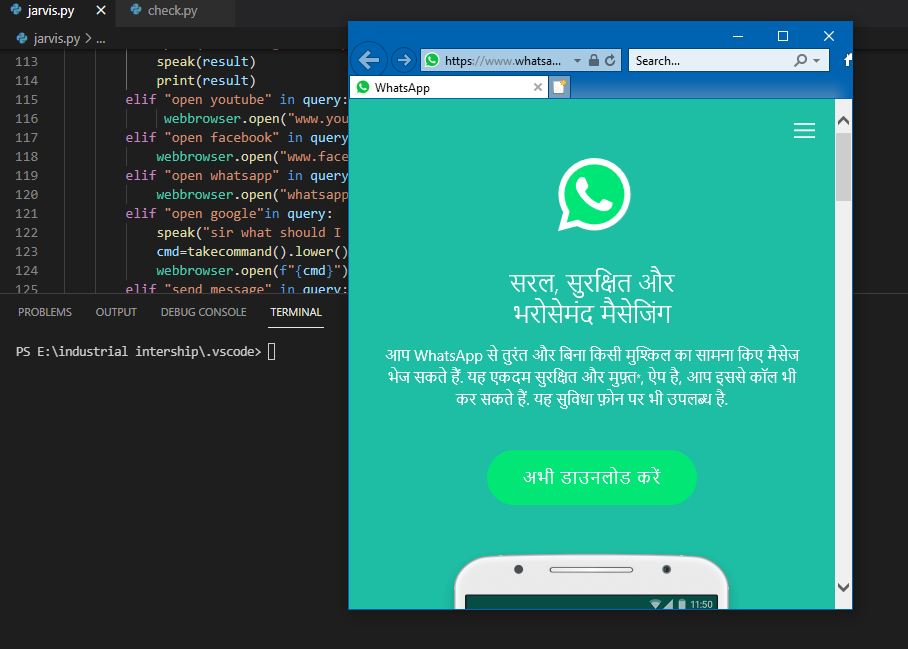 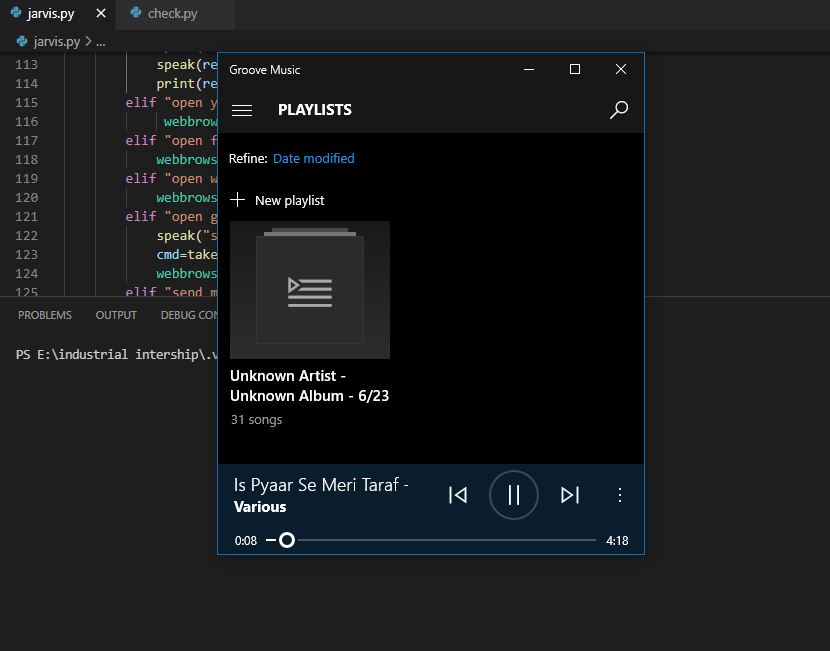 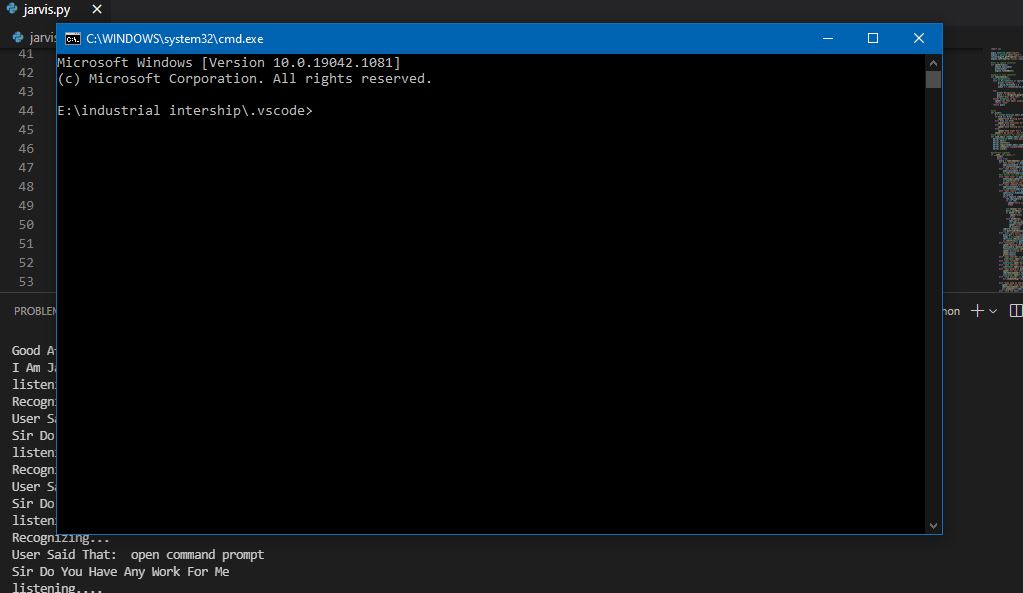 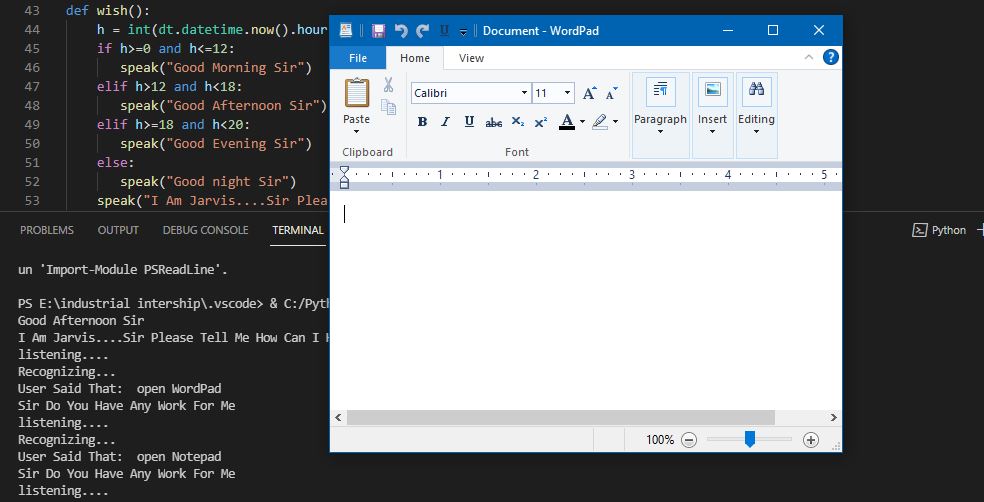 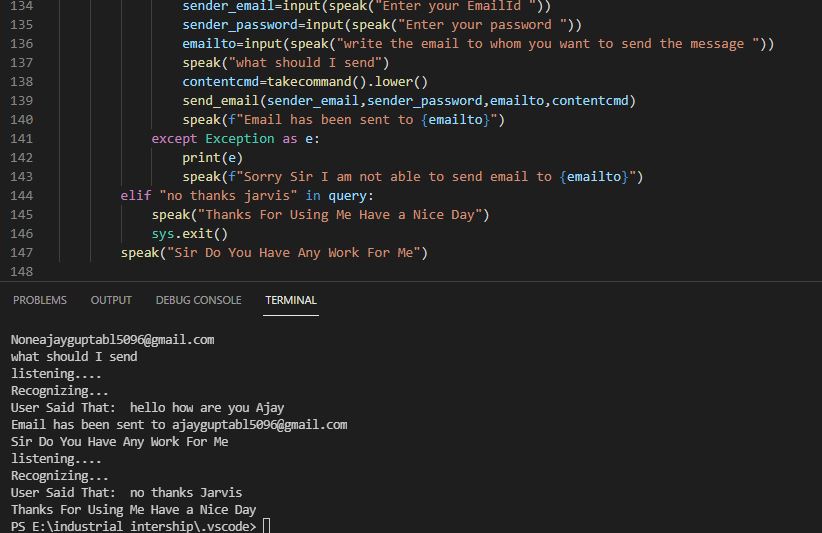 Result of send the email: 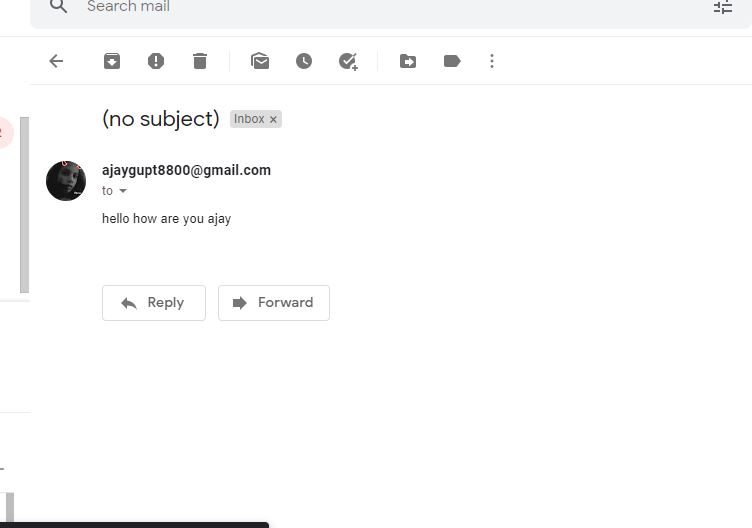 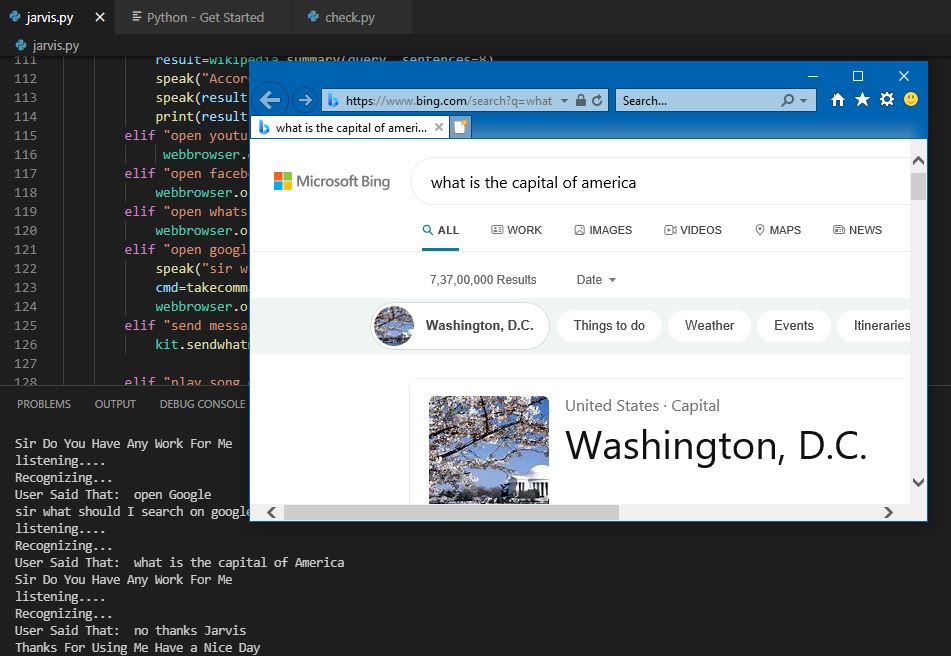