This project makes use of the KNN concept in order to predict whether a product will be purchased by a customer based on their age and estimated salary.

Kindly install the jupyter notebook or if you are already familiar with using VS code add the jupyter plugin. This is where we will be executing the code as interlinked snippets.

We will be using pandas, NumPy, matplotlib, sklearn, seaborn libraries in python, so have them installed too.

The dataset used is a product dataset that consists of User ID, Gender, Age, and Estimated Salary of the customer who has purchased the product (given as 1) or not purchased the product (given as 0). For classification purposes, the first 2 columns aren’t of much use we drop them and make use of only the age and salary attributes as inputs and the purchased attribute as the output variable.

We will be executing the code individually as separate snippets which will work together to form the KNN model for our prediction purpose.

The accuracy for most of the scratch implementations tends to be lesser than those produced by the inbuilt functions (which repeatedly become better with each execution). This not only applies to KNN but also to the majority of other infamous machine learning algorithms like linear regression, logistic regression, decision trees, Naïve Bayes, K means clustering, etc. 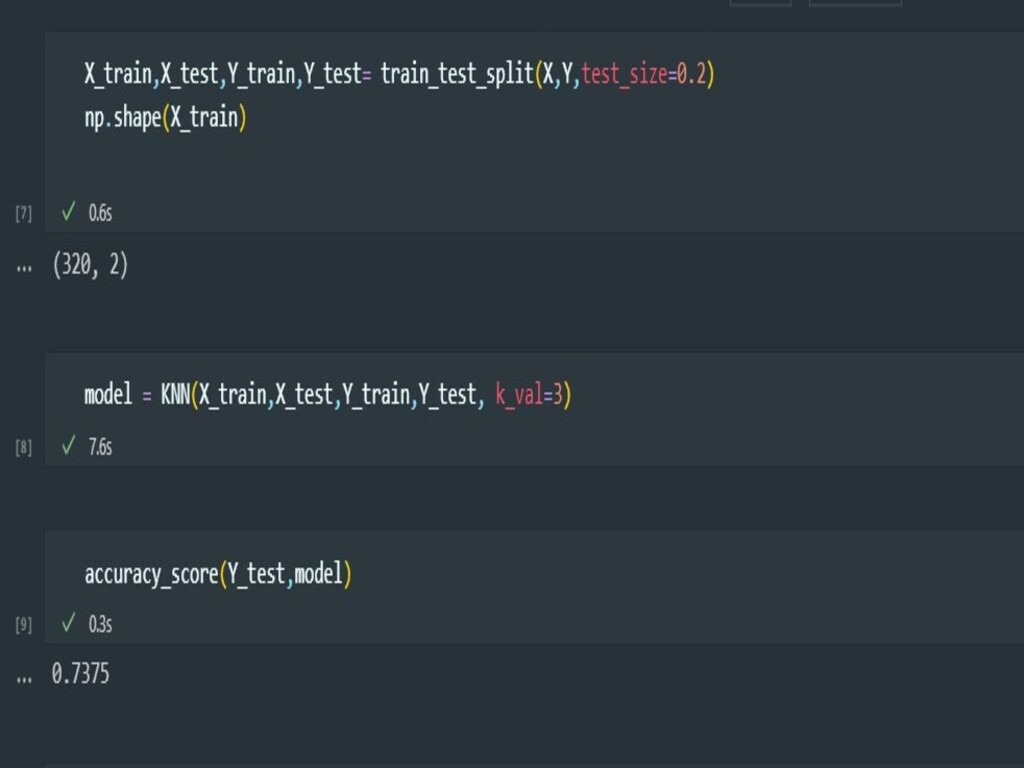 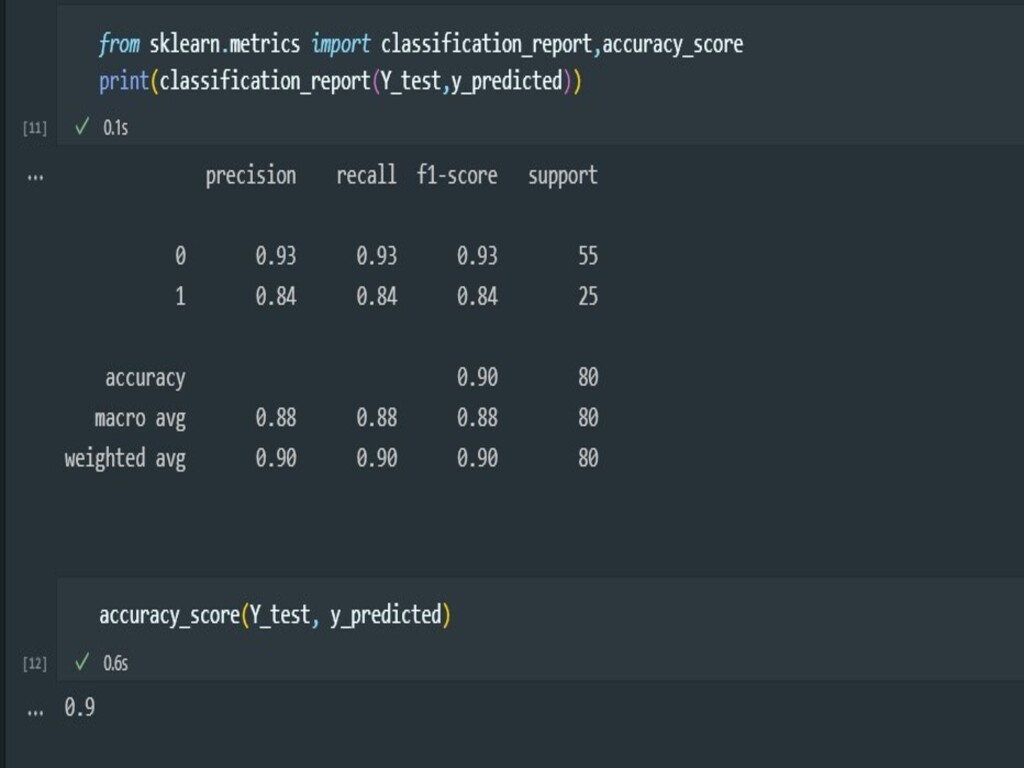