Round Robin scheduler with Gantt Chart in C++

Round Robin (RR) scheduler which prints gantt, cpu, input and output chart along with calculating total and average for turn around, waiting and response time for each process.

Round Robin (RR) is a preemptive cpu scheduler in which processes run for a constant time quantum in turns. It is implemented using a FIFO queue. 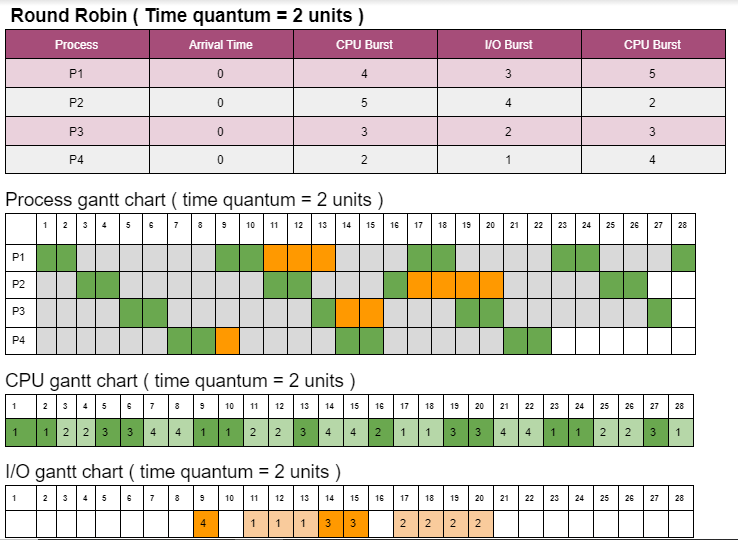 C++ program to implement Round Robin with gantt chart

Then Each of the next N lines describe : -

[arrival time] : time this process was put into ready queue.

This is followed by sequence of bursts. Before each burst interval, there is a character indicating type of burst.

I : stands for Input

For Round Robin scheduling, time quantum shall be one.

We are assuming one CPU, one Input device and one output device. 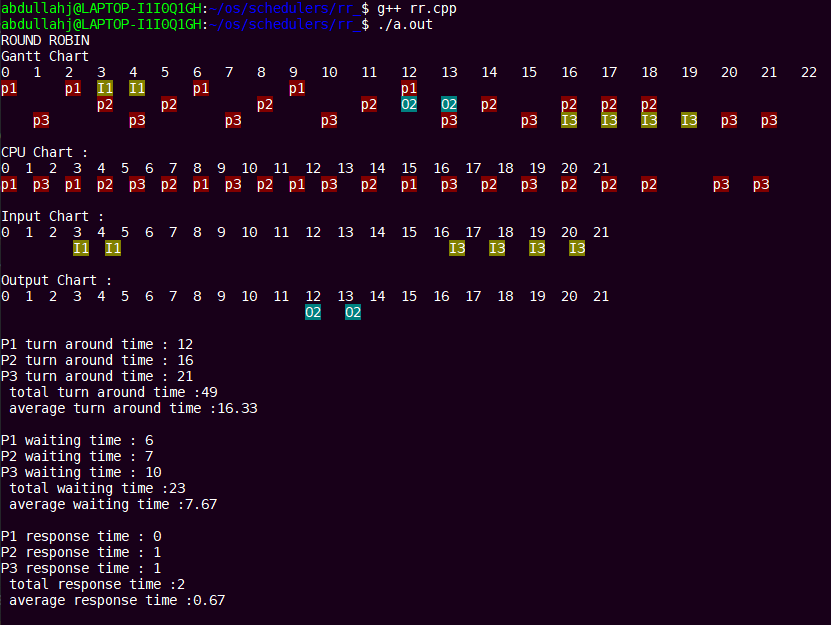