This packet is based on Python programming language. This program transfers file using server-client system.

This packet contains two Python files namely : server.py and client.py. IP address and port number is used to bind the server and client. Client transfers file to server.By default, 'localhost' is used to bind server and client modules for testing in same device. File to be transferred should be in the folder containing client.py. After binding, user has to enter filename and the file gets transferred to the folder containing server.py. Usage details are provided as video screenshot and a readme file. 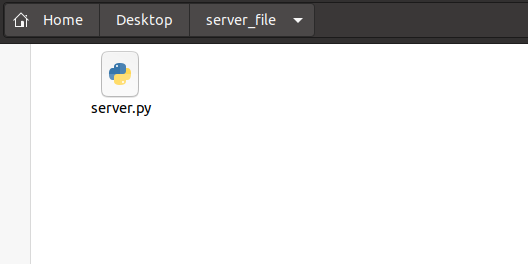 After execution of program for transferring sample.png, server folder looks like this :