Student Marks Prediction According to Their Study Hours

This project is based on machine Learning model. which is a Linear Regression Model. It predicts the marks of student according to their study Hours.

So regression analysis is the predicting the model which investigates the relationship between a dependent(y) and independent (y) variable, and in linear regression the data is labeled which means machine know the input and output and it gives straight line between x and y which means if the value of x increase then y will also increase.

Sklearn:  For machine learning, Sklearn is the most helpful library in python because it provides so many effective tools for machine learning and it also gives models like classification, regression, clustering and dimensionality. So in this project, I used the linear regression model.

Matplotlib: Machine learning projects have data set with a large amount of data. So every time programmer can not analyze the data so in python by matplotlib library programmer can plot a lot of charts like bar plot, scatter plot, histogram, etc.Matplotlib is also known as a data visualization library. 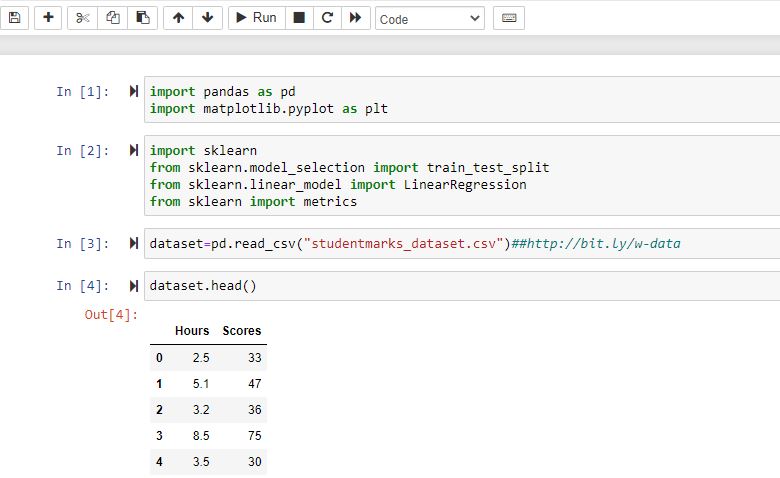 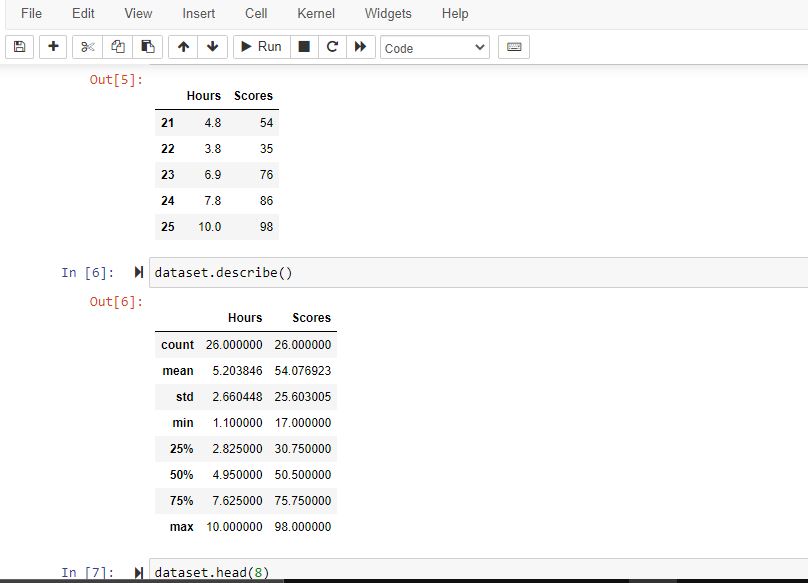 Ploting the graph between Hours and marks: 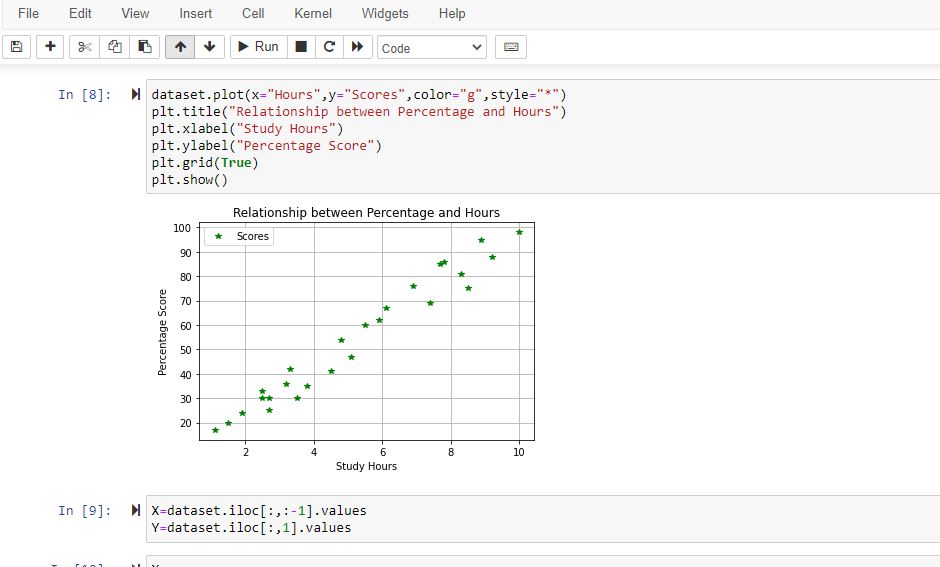 Spliting the dataset into tain and test case: 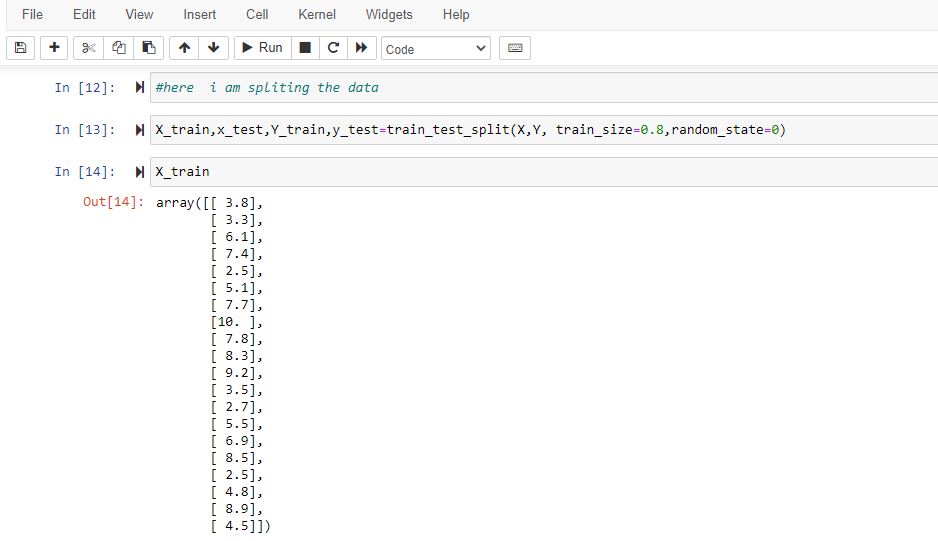 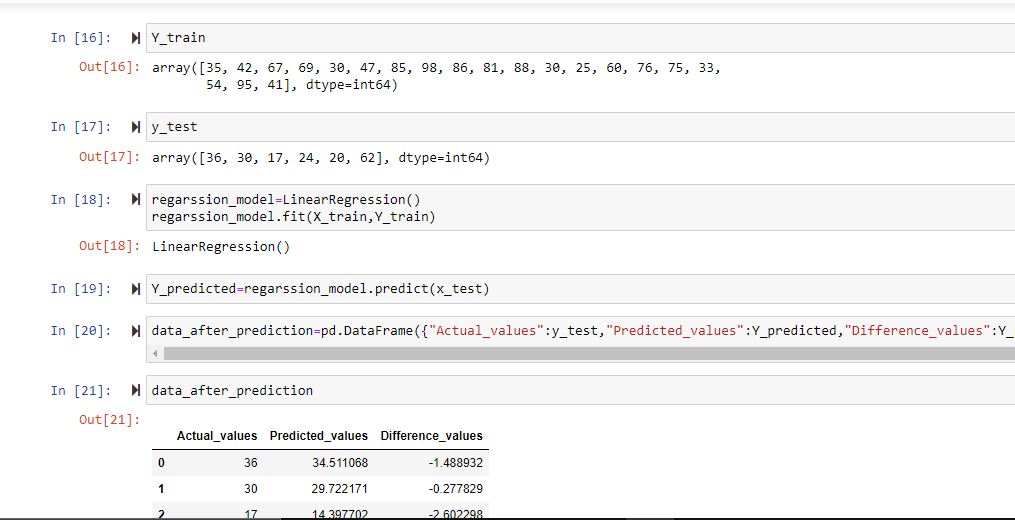 It is predicting the marks by entring the different values of time. 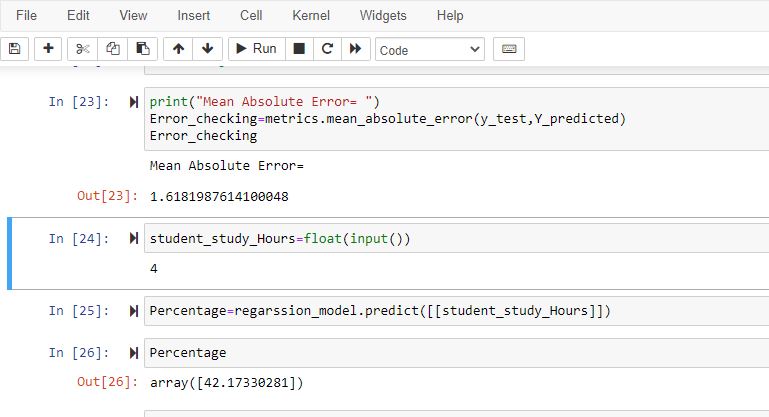