One of the most famous and simple polyalphabetic substitution ciphers is the Vigenere Cipher.

Vigenere Cipher uses a key to select which alphabet is used for each letter of the message. The encryption is done using the Vigenere table which is shown below:- 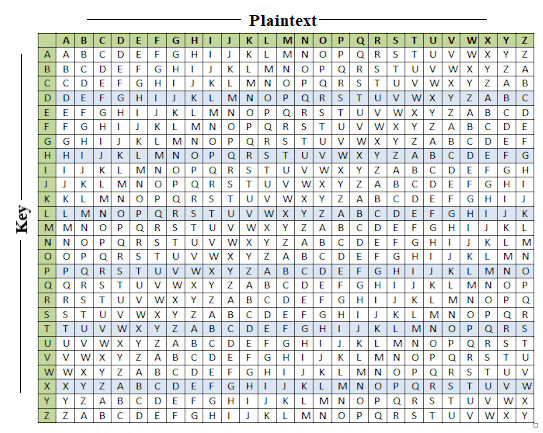 1. Plain text and key is taken from the user. (Constraint: Length of key<=Length of Plain Text)

2. Each alphabet from the key is taken with each alphabet of the plain text with respect to each position.

3. If the length of the key is exhausted, then the key is reused from start with the corresponding alphabets of the plain text which were left.

5. The encrypted alphabet is the (i,j)th entry in the table. 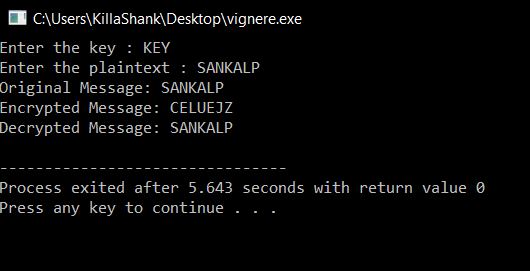