In this project, a valid text file name is given by the user, and the count of words/characters in the file is found out using C++ Programming Language.

First, we start up by including all the header files needed.

In the main function, create all the needed variables with their specified types.

Using cout and cin, get the file name and store that file name in a variable. The file name should be given with the file's extension type.

Here is a sample text file created using Notepad with the name code_speedy.txt 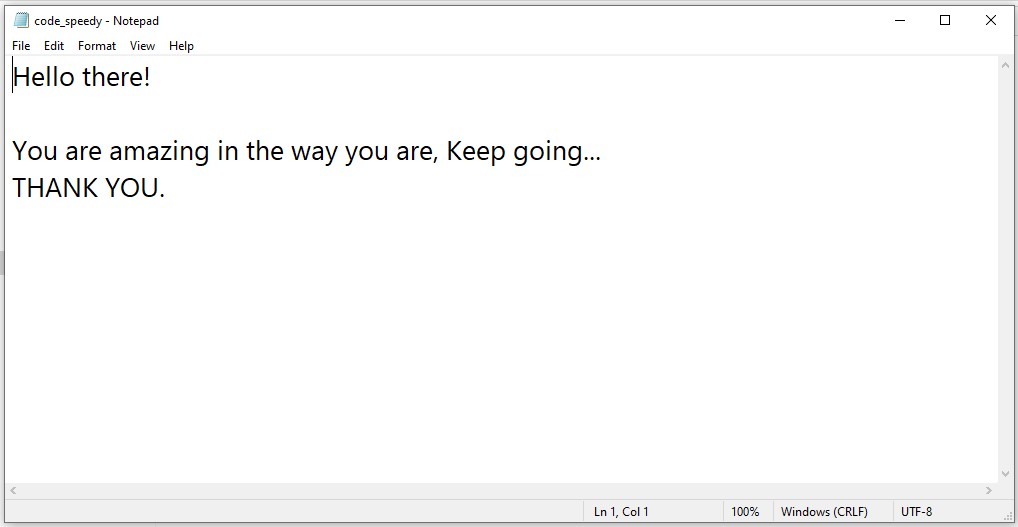 Using the built-in 'ifstream' class, open the given file name and store its contents in another variable.

Next, the user should give what number of count does she/he wants. 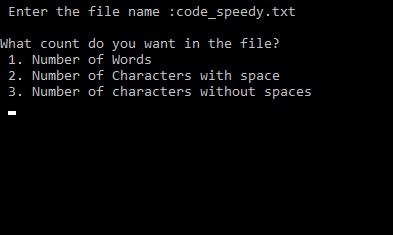 After selecting the correct option, the needed result would be satisfied.

If the user gives an invalid file name/option, the next steps that should be followed on, gets terminated.